In Guastalla town, which sits north of the Emilia-Romagna region of northern Italy and boasts only 7,500 inhabitants, Ginetto Tosi (Morclean's semi-retired industrial/trade translator, representative, and mediator) prepared for the start of the annual Slow Rally.

The yearly event, which was held on the 18th September this year, sees amazing cars such as Ferraris, Jaguar’s, (and Gino’s Fiat 500), all compete to come last! 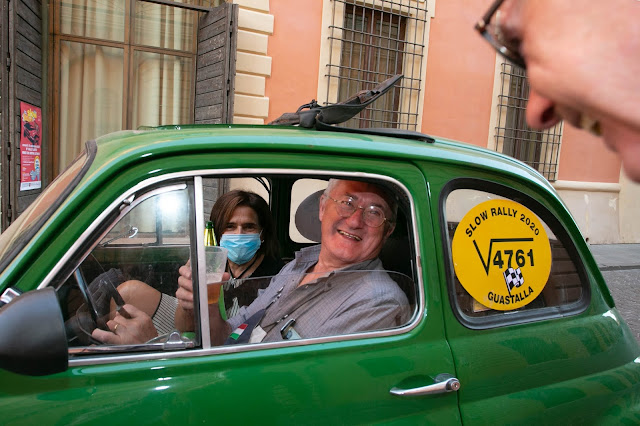 Gino, who is a dedicated charity fundraiser and supporter, particularly for the disabled in Gustalla and the province of Reggio Emilia, was all revved up and ready in his green Fiat, with the Mayor of Gustalla (Camilla) and his Grandson (Sammy) alongside (pictured above and below). 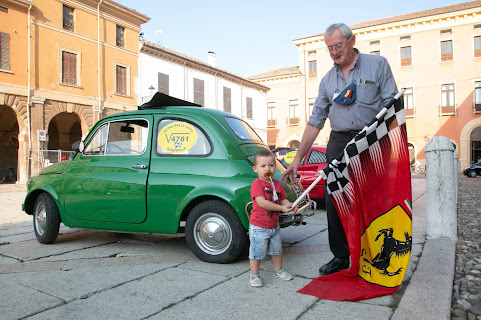 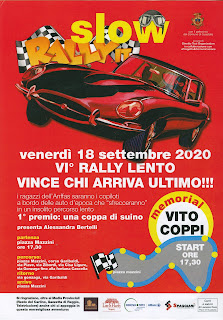 The event, which was organized by Gino himself, sees the youngsters of Anffas Trentino (an association that helps with the assistance of people with disabilities) engaged as "navigators" in sports vehicles and vintage cars once a year. The race, in which whoever finishes last wins, was a huge success. 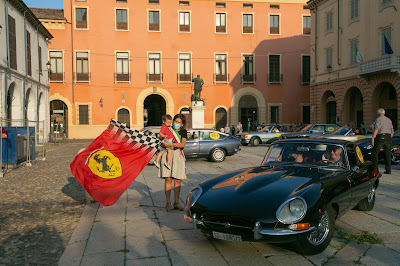 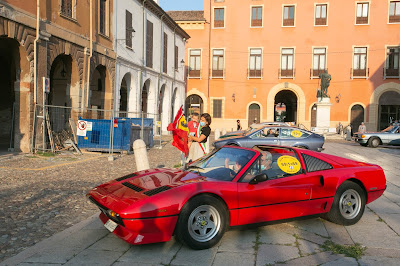 Many people gathered in Guastalla (in masks) in the main square of Piazza Mazzini to watch or participate in the 6th Edition Annual “Slow Rally” and eleven amazing cars competed in total,

in the end, the prize was awarded to Matteo Artoni and Giorgia (pictured below with Gino and the Mayor). Gino said: “The smile of Giorgia when she received the prize was the victory of all of us”! 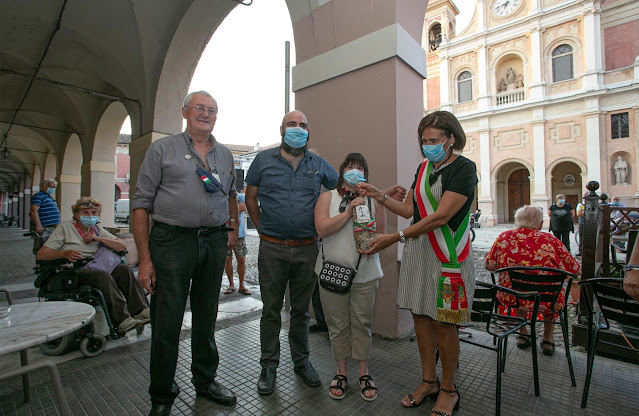 At the end of the rally, the award ceremony took place at the Caffè Mazzini located in Piazza Mazzini, which has always collaborated for the success of the initiative.

Peter Morley (our innovative MD), who is now a close friend of Gino's, has been invited to take part in the 07th Edition of the Slow Rally,

We're encouraging him to go on a "how to drive slow" course, and wish him lots of luck!